The Freewing Pandora is not only one of the best beginner planes on the market, it is a great intermediate plane too. How is this possible?
The Pandora ships as a high wing trainer. Simply change the canopy to the included low wing canopy and move the wings to the bottom of the fuselage and you now have a light sport low wing plane perfect for an intermediate pilot. In addition there are two sets of wheels. There is a set of tricycle landing gear which the Motion RC Pilots think looks best on the low wing plane, and there is a set of "Big Wheel" landing gear in tail dragger format which is perfect for grass and dirt takeoff/landing. The "Big Wheels" even work on tall thick grass with ease.

You literally have 4 combinations and can make 4 different planes. This is a fantastic concept which is very enjoyable to fly. The Pandora does not get knocked around by the wind as much as a smaller plane. Though it is recommended beginners do not fly in a lot of wind, this plane is easier than most to fly in a bit of wind because of the larger size and weight. The guys at Motion RC think the Freewing Pandora may quickly become the plane of choice for both beginner and intermediate pilots. This is one of the best performing, best built, best values in RC planes. 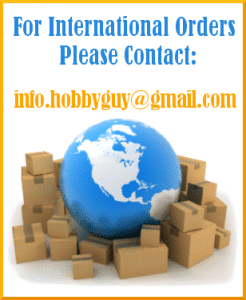